Small Bowel Surgery with the fastest recovery in Austin TX 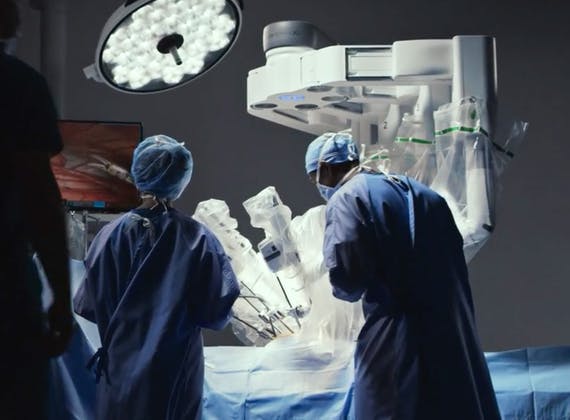 What is the Small Bowel?

The small bowel (intestine) is part of the digestive system. We have approximately 450-600cm(14-19 ft.) of small intestines. Its function is to absorb most ingested food by producing a digestive juice that mixes with bile to complete the breakdown of proteins, carbs, and fats. It is responsible for absorbing nutrients from food into the bloodstream to be absorbed by the body. Having a proper function of the small intestine is essential for absorption of nutrients.

What happens if the small bowel does not function?

Most common symptoms include:

Small bowel obstructions are a serious condition and can require emergency surgery.

A need for surgical resection (small bowel surgery) may happen for several reasons, including:

Some of these conditions are very serious and can require emergency surgery. Seek medical attention immediately if you experience any of the above symptoms and especially if you have had previous abdominal surgery.

The ATX Robotic system allows Dr. Burman to remove the diseased part of the small bowel (intestine) with fewer complications and damage to surrounding tissue. The robotic arms provide Dr. Burman with the ability to maneuver surgical instruments in tiny spaces. Through small incisions in the body Dr. Burman can perform a surgery that would otherwise only be available through open (long incision) surgery. Another advantage is that it reduces blood loss and assures patients a quicker healing and smaller scars compared to conventional operation.

Robotic Surgery: Is it right for me?

Robotic surgery is the growing primary choice for many kinds of operations, from hysterectomies and small bowel resections to heart surgery.

It carries a lower risk than conventional surgical procedures and is carried out with more ease, which means fewer complications.

Contact your ATX Robotic surgeon to discuss your options. Dr. Burman will help you find out what type of surgery is best for you. He will also provide you with information about the procedure and how long it takes as well as recovery time so that you may “return to enjoying your life.”

The first step in your recovery is to reach out to the best robotic sugery team in Central Texas. Give us a call at 512-630-0070, or send us a message by filling out the simple form below.