Gallbladder removal with the fastest recovery in Austin TX 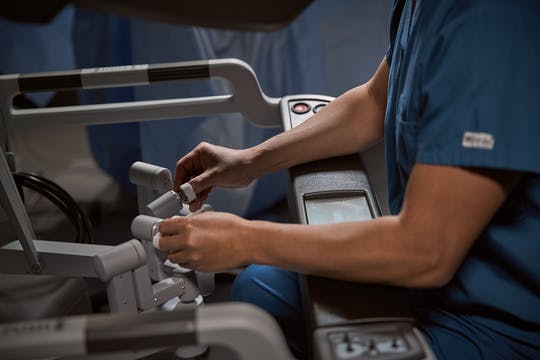 What is a Gallbladder?

Since the GB is just a storage organ, humans can survive without the GB without any problems or complications.

Unfortunately the GB can become diseased or develop stones which then lead to symptoms requiring medical care.

What is a Gallstone?

Gallstones form when hard cholesterol crystals grow into stones inside the gallbladder. There are two different types of gallstones, Cholesterol gallstones, which are the most common and Pigment gallstones.

Research has shown that gallstones form due to changes in the bile, meaning the bile contains too much bilirubin. Gallstones may also be a result of things such as high cholesterol levels. Some people get elevated cholesterol levels due to age, or their liver produces too much cholesterol and therefore there may be excess cholesterol and the bile is unable to dissolve it all. The gallbladder also contracts to release bile and if this mechanism is not working properly this can lead to “stasis” of bile which leads to gallstones. Gallstones are very common in women and men. There does also appear to be a genetic predisposition to forming gallstones. Gallbladder surgery is the second most common surgery done in the USA.

These are some risk factors that may increase your risk for gallstones:

Gallstone disease varies from mild to serious. Most people experience “biliary colic”, which is pain/nausea/bloating after eating. In this situation the GB can be removed electively to prevent the more serious complications.

Gallstones can cause the duct that drains bile to become blocked. This then leads to build up of bacteria which leads to infection (Cholecystitis). This is a serious condition and requires urgent surgery to remove the GB.

It is also possible for the gallstones to become stuck in the Main bile ducts and prevent the normal flow of bile in the body and cause Jaundice. This can cause a serious infection called “cholangitis” and needs emergent removal of the stone.

Gallstones can also cause pancreatitis which is a serious condition that requires treatment in the hospital.

Symptoms of gallstones do vary they can be mild or severe. The symptoms include sudden pain in the abdomen, or around your stomach chest or back that quickly intensifies. Nausea, vomiting, and abdominal cramps or cramping which can be mild or severe. Bloating is also common after eating. Fever or chills can also be present if the gallbladder is inflamed/infected.

Some patients experience similar symptoms to a heart attack. Pain radiating into the chest, reflux, and burning situation in the upper abdomen/chest. Many times a suspected heart attack is actually Gallbladder disease.

These symptoms may last for a few days a week or longer.

What is Cholecystectomy Surgery?

Cholecystectomy is removal of the gallbladder with an operation. This type of surgery is done electively, urgently or emergently if needed.

Robotic Cholecystectomy is routinely performed in both the elective and urgent setting. It is a minimally invasive approach to performing the operation.

Due to recent innovations and advances in medicine, and technology, Robotic Cholecystectomy has become a popular method to remove the Gallbladder. This procedure involves removing the GB from its original position by entering the abdominal cavity and using smaller incisions. Your ATX Robotic surgeon controls the Robotic device from a console and uses small precise instruments to operate.

The surgeon is in control of the robotic instruments at all times. This technology allows Dr. Burman to make incredibly precise delicate movements beyond what the human hand can do . In addition the camera, which is part of the system, provides high definition 3D magnified views during the surgery.

A cholangiogram is a test that is sometimes done while performing gallbladder surgery. This test allows surgeons to see the bile ducts. It is vital in gallbladder surgery to stay away form the major bile ducts and only cut the duct which leads to the gallbladder. Gallbladder disease can make the anatomy difficult to visualize especially with infections and inflammation. Traditional cholangiograms are done using a dye during laparoscopic surgery which is directly injected into the duct. This takes more time, is invasive and requires radiation in the form of an x-ray.

Data has shown all the following benefits in using robotic surgery:

The use of Robotic-assisted surgery is the future of surgical technology because of its pinpoint precision. Robotic surgery is finding its use in all other surgical procedures and Dr. Burman is at the forefront of this technology.

The first step in your recovery is to reach out to the best robotic sugery team in Central Texas. Give us a call at 512-630-0070, or send us a message by filling out the simple form below.